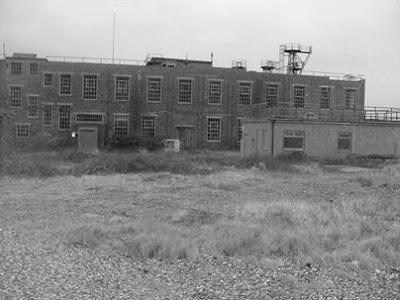 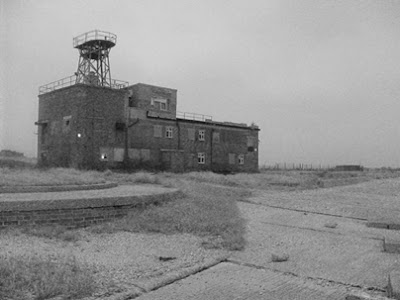 I recently had the very good fortune to bump into and chat with BBC Radio Tees Bob Fisher (Fortean Times, Haunted Generation) at the Delaware Road Ritual Resistance Festival in Wiltshire. We started to chat about the Solant Sea Forts and how they were used in Dr Who and the Sea Devils. I then informed Bob that Fraser Gunnery Range was the Navel Base in the series and was quite close to were I live.
Fraser Range (Eastney/Southsea seafront) also known as HMS St George is/was a former shore establishment for the Royal Navy, which closed during the 1980s. The site is currently derelict and there are plans to develop the site into some sort of luxury flats development. When I was very young going down to Fraser Range was quite exciting. On a Sunday morning you could sit on the beach and watch RAF Canberra and Hunter aircraft fly quite low over Fraser towing a large wind sock behind them, which the gunners would then shoot at. The Range was originally used to train gunnery personal in range and sight firing. The site had 4.5inch Guns (these could be heard all over the city when fired) and 40mm Bofers guns. At a later date Sea Cat and Sea Wolf Missles were installed there. The Guns were based there pointing out to sea and Red Flags would be flown on the beach and markers out at sea to keep shipping away. For a young chap like myself this was all very exciting, but even more exciting than this was the fact that Fraser became HMS Seasprite in the Jon Pertwee Katy Manning Dr Who series The Sea Devils;  No Mans Land Sea Fort in the Solent was used as well. Actor Jon Pertwee served in the Navy for 6 years and a lot of the extras were serving Naval personnel. The site is now derelict and very run down, the Range was closed in the 1980s and was taken over by the Admiralty Research Establishment. The site was finally shut in 2006. The iconic Radar Towers were taken down in 2013. No Sea Devils only Naturists now. 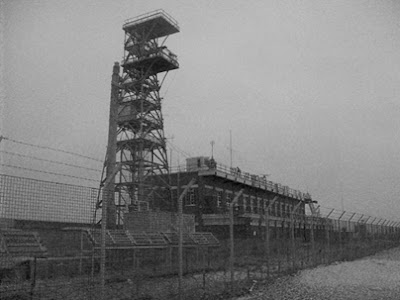 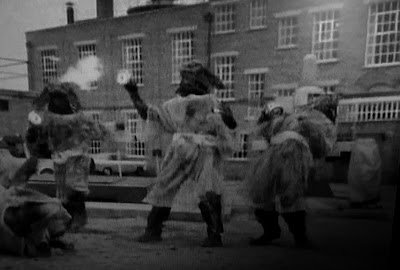 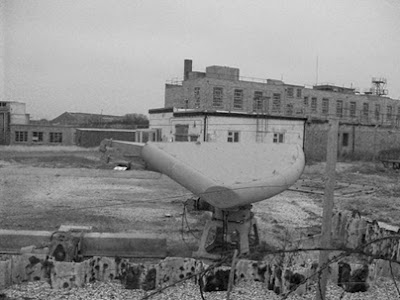 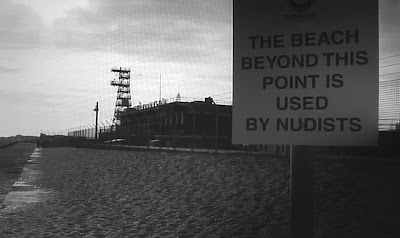